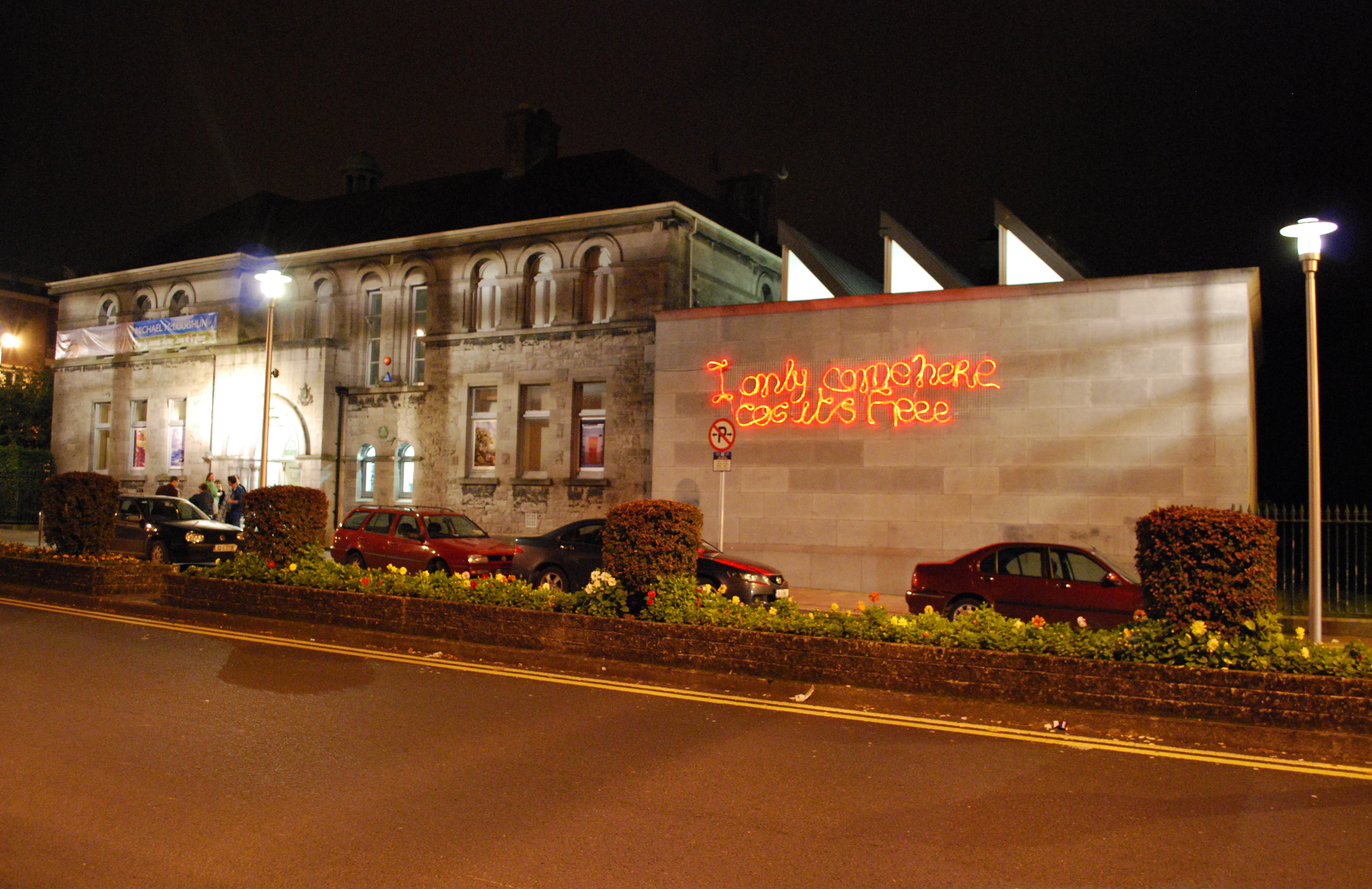 I only come here ‘cos it’s free is the dryly humorous title of Michael McLoughlin’s exhibition in Limerick City Gallery. The title of the show, in rope light on the exterior gallery wall, is reminiscent of the flashy display signs associated with the entertainment sector. As such, this red florescent sign establishes the surface concerns of the show. Using a combination of media, McLoughlin explores various social activities such as hurling, darts and bingo in an effort to eek out some sense of communal experience.

Community engagement is central to this exhibition, and indeed McLoughlin’s practice has been preoccupied with the collaborative process among various Limerick based groups and individuals. The active engagement of the community with each other and the formation of a shared experience is demonstrated by William calling. This works rests on the first bingo night held in Askeaton in over twentyfive years, organised by the artist in July 2008. The work consists of an audio recording from the bingo event, played through speakers and slowed so that it is indecipherable yet identifiable in its distinct mundane rhythm. The installation is centred around a vintage bingo machine, connected to two lightboxes. Instead of displaying the numbers as they are called, these lightboxes illuminate what look like random permutations, based on the markings made by the players on their bingo sheets. These gestural markings simultaneously indicate mathematical probability and chance permutation. This piece works in a similar vein to The Numbers are in the stars, which includes acrylic spheres with blowers that move bingo balls at random, and contains all the ingredients of the social event, apart from the crucial element of the players themselves. 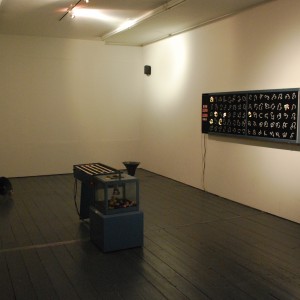 We are here every Monday night is an audio and video projection recorded from the Black Swan bar in Limerick. This piece concentrates on the social engagement of throwing darts. The hazy, out-of-focus dartboard is in multiple with the ghostly residue of men as they throw and retrieve their darts. The conversation makes a background hum, where the words seem to slip just out of hearing. The faded quality of the projection attests to an experience that is increasingly in decline. This focus on the individual within a specific social framework is also picked up in a series of lambda prints, Place to meet up. These prints consist of cut-out photographs of women playing bingo on a background of drawn compartments. Each woman is separate, as they play their own individual numbers, yet social engagement is evident in the jovial and informal atmosphere in the bingo hall.

Tackling the more serious aspects of social awareness, McLoughlin presents us with a video projection Hurling alone. A young man hurls alone across the length of the screen, moving in and out of shot. A Polish voice narrates his experience of integrating into a new culture and community. The complex issues of immigration and displacement are explored as well as our own social responsibility in facilitating integration and exchange. The pointlessness of the solitary activity of hurling alone highlights a keen sense of isolation, sadness and frustration. In an effort to resolve this, to some extent, the artist presents instructional prints, which were also available in an online Polish forum in Limerick. How to: Hurling outlines a step-by-step visual guide to a community-based Irish sporting activity. In doing so, McLoughlin is attempting to turn an exclusive cultural tradition into one that is inclusive, regardless of cultural background. 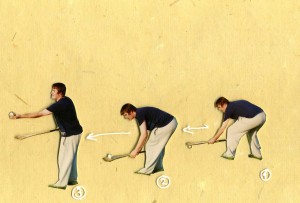 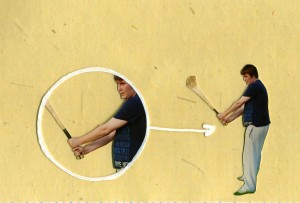 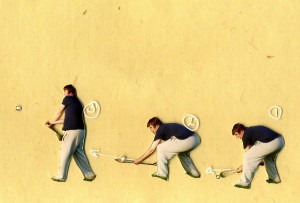 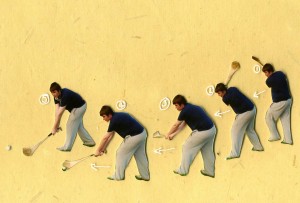 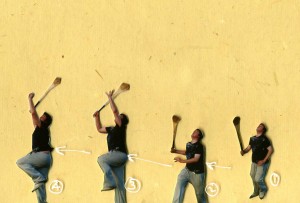 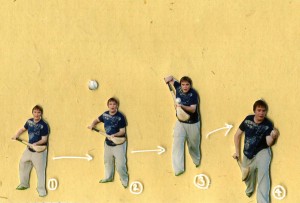